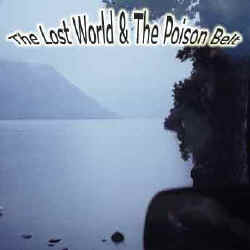 Do you ever get the feeling that something strange is going to happen?

In the classic science fiction story The Poison Belt by Sir Arthur Conan Doyle, that is the exact feeling that Professor George Edward Challenger has - only this time it is for real. Challenger must convince people that a poisonous gas cloud is going to take over the world so that it can be prevented and the human race can carry on. But will he be able to do this before it is too late?

"The true scientific mind is not to be tied down by its own conditions of time and space. It builds itself an observatory erected upon the border line of present, which separates the infinite past from the infinite future. From this sure post it makes its sallies even to the beginning and to the end of all things."


The Lost World, another well-known science fiction story from the pen of Sir Arthur Conan Doyle, is also included in this CD.  Both stories are unabridged and narrated by Patrick Horgan in this publication from Decklin's Domain.

Listen to chapter 1 of The Poison Belt: