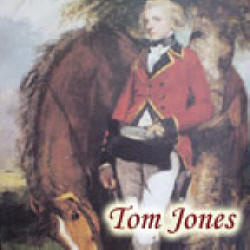 One of the great comic novels in the English language, Tom Jones was an instant success when it was published in 1749: Ten thousand copies were sold in its first year. A foundling, Tom is discovered one evening by the benevolent Squire Allworthy and his sister Bridget and brought up as a son in their household until it is time for him to set out in search of both his fortune and his true identity. Amorous, high-spirited, and filled with what Fielding called "the glorious lust of doing good" but with a tendency toward dissolution, Tom Jones is one of the first characters in fiction to display legitimate sides of human virtue and vice.


Listen to the introduction to: Tom Jones