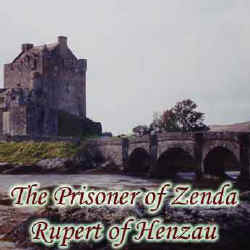 Rupert of Hentzau (from the memoirs of Fritz von Tarlenheim) was published by Anthony Hope (Sir Anthony Hope Hawkins) in 1898, four years after his more well-known novel The Prisoner of Zenda.  It is, of course, a sequel and continues the tale of Englishman Rupert Rassendyll who bears a striking resemblance to the King of Ruritania.  Rudolf is in love with the Queen, who is unhappily married and when Rupert of Hentzau intercepts a love letter intended for Rupert he could find himself in serious trouble.