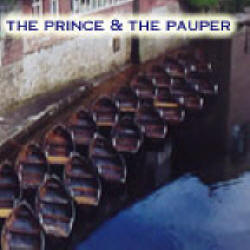 The Prince & The Pauper

Set in Renaissance England, "The Prince and the Pauper" tells the story of Tom Canty, a ragged pauper, and young Edward VI, only son of Henry VIII, who miraculously look exactly alike. Almost by accident, the boys exchange places a few days before Henry's death and Edward's coronation, leaving Tom to the role of future king and Edward to the mercy of the beggar's underworld of London. This rousing tale of mistaken identity reveals a side of Mark Twain seldom seen. His characteristic anger and cynicism are muted in favour of an optimistic view of humanity.


Listen to chapter 1: The Prince & the Pauper