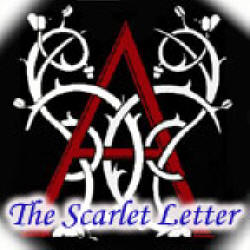 The Scarlet Letter by Nathaniel Hawthorne

When it first appeared in 1850, The Scarlet Letter enjoyed scandalous success. New England critics condemned its passionate subject matter. One critic complained that Nathaniel Hawthorne invested adultery with all the fascination of genius, and all the charms of a highly polished style. My preliminary chapter, wryly noted the author, has caused the greatest uproar that has happened here since witch-times.

As she emerges from the prison of a Puritan New England town, Hester Prynne defies the dark gloom much as the rose blooms against the prison door. With her illegitimate baby, Pearl, clutched in her arms and the letter A (the mark of an adulteress) embroidered in scarlet thread on her breast, Hester holds her head high as she faces the malice and scorn of the townsfolk. Her powerful, bittersweet story is an American classic that continues to touch the hearts of modern readers with its timeless themes of guilt, passion and repentance.


Listen to chapter 1 of: The Scarlet Letter