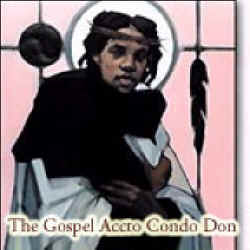 Listen to the preface of The Gospel According to Condo Don...